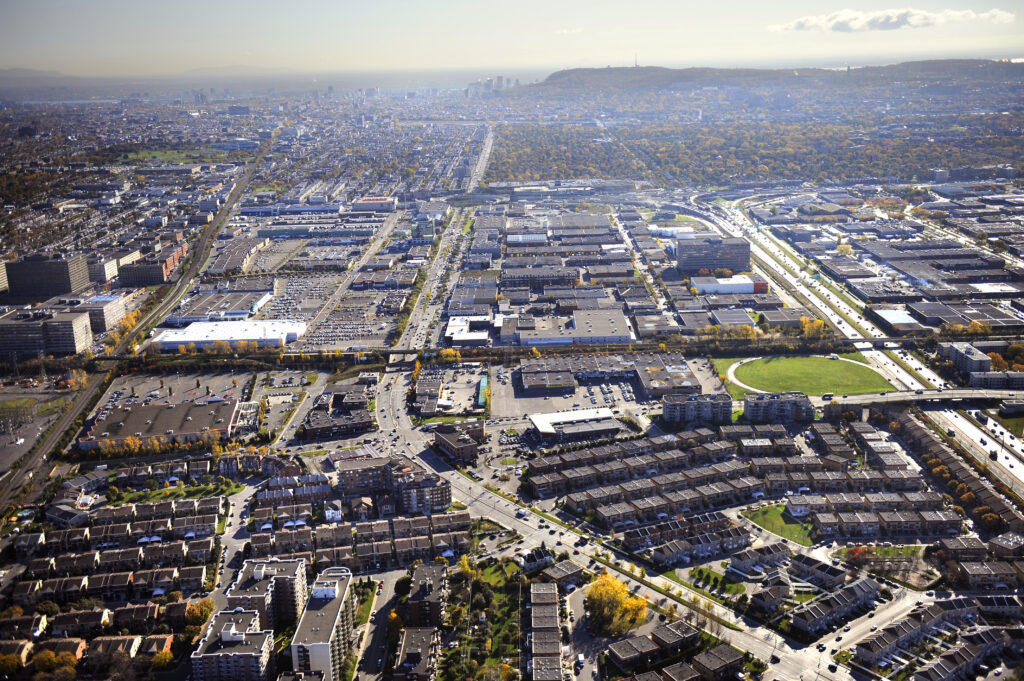 The District Central is a neighbourhood located at the crossroads of many public transit infrastructures: three commuter train stations and soon, a Réseau express métropolitain (REM) station nearby. Already a vibrant business district, these infrastructures open the door to making it more dynamic, by creating an authentic environment for citizen, business and community life.

Building on these assets, the Société de développement commercial (SDC) District Central, the catalyst and voice of the Ahuntsic-Cartierville business world, is proposing an integrated vision for the development of the area, going beyond urban mobility by encompassing the major areas of activity based on concrete priorities contributing to the long-term success of the project. 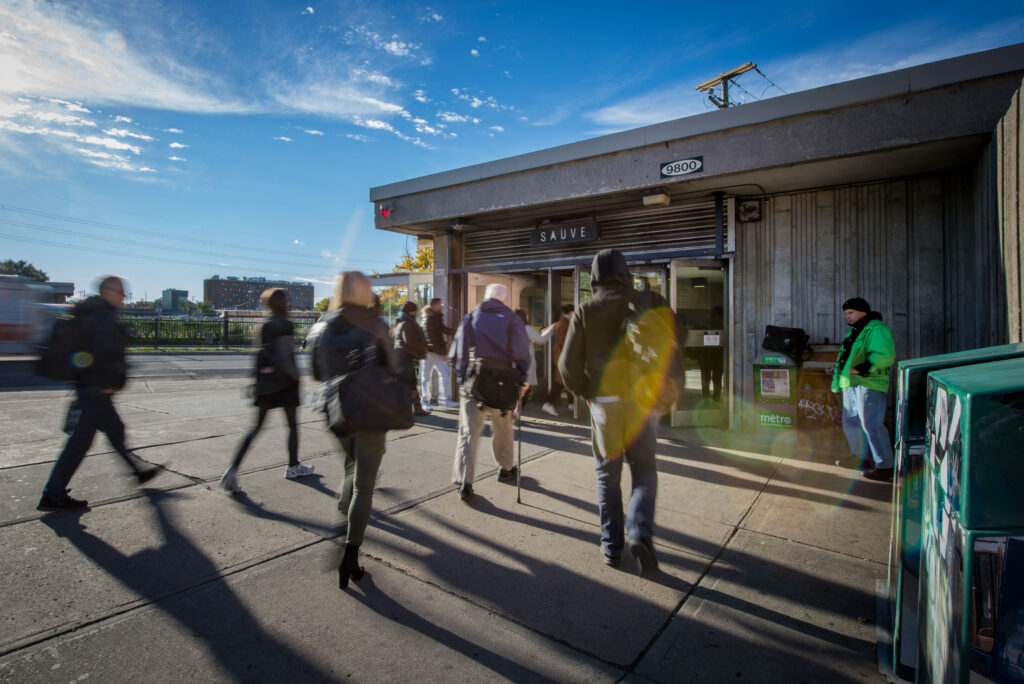 The District Central is a dynamic three-square kilometre area that has strong growth potential. In less than twenty years, by 2040, it is estimated that it could include 40,000 workers and 21,600 residents making 147,000 daily trips. That is to say that the sector is a major employment hub in Montreal, but also a dynamic living environment in the making that requires even stronger urban development to ensure its future.

The area also has three commuter trains, two metro stations and, eventually, a REM station nearby. This means that the District Central is an extremely promising transportation hub for both residents and businesses. The objective of the SDC’s proposal is to improve and revitalize the connection of the territory, and therefore the living environment of the District Central. This vision is supported by the creation of a TOD (transit-oriented development) area proposed in the early 1990s by urban planner Peter Calthorpe (see Carlton, 2007). The concept of a TOD area is to encourage the use of public transit by designing residential zones and economic activities that are within walking distance for residents and workers. This should eventually allow commuters to have access to their workplaces or places of consumption and, inversely, to attract people who wish to eat or work there.

This “territory connection” goes far beyond simplifying access to public transit. It aims to connect people within a community and promote the territorial dynamic of a neighbourhood. The vision put forward by the SDC and its community also aims to promote territorial appropriation through the creation of three hubs interacting with one another (Central, Saint-Laurent and Entertainment). The creation of these sectors will ultimately encourage active travel by residents, creating experiences in the heart of places that animate the economic, social, cultural and community life of the neighbourhood. The territorial connection will, in this respect, be the foundation of a true urban dynamic for the neighbourhood. 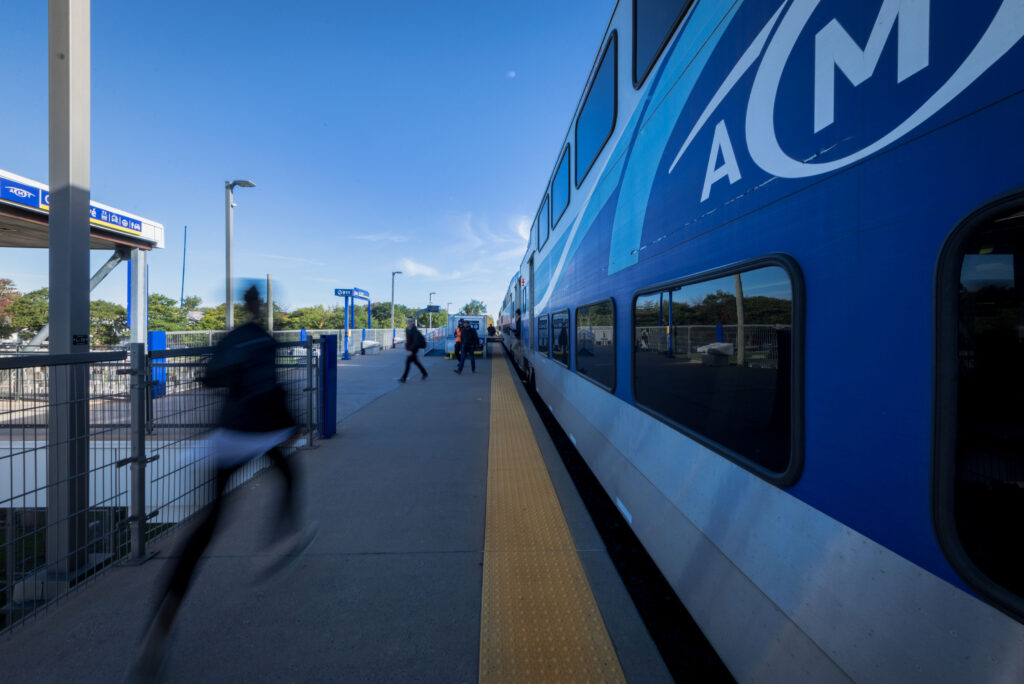 This territorial connection must be based on several major pillars of urban development, which go beyond basic access to public transit, although the latter does constitute its backbone. The priorities proposed by the SDC are interrelated and aim to generate positive impacts for the socio-economic dynamics of the neighbourhood.

One of the major pillars of this vision is obviously mobility, and more specifically, its “transversality”, i.e. the fluidity of the uses of public transit usage, on a human scale, by ensuring as many practical considerations such as the safety of pedestrians or cyclists or the integration of the REM station as the adaptation to our northern character.  It also means promoting density and a mixed use of the building stock by developing a larger proportion of residential uses while at the same time ensuring the predominance of commercial and industrial uses, the basis of District Central’s employment hub. This can only be achieved through a dynamic and harmonious integration of urban mixing throughout the territory.

These pragmatic, even utilitarian, considerations cannot avoid the need for a broader vision of neighbourhood vitality. In this respect, the SDC’s proposal incorporates elaborate community development considerations, focusing on the development of the 650,000 square foot vacant lot at 50-150 Louvain West, located in the heart of the District Central. A place where all citizens and corporate citizens can converge, live, work and have fun.

All of this should be part of the monumentality of the area, creating a unique and attractive identity, which would be completed by a large-scale green space. This space would be part of a green grid, being part of a network of routes between several green spaces that would revitalize community life.

Ultimately, the objective would be to create an urban fabric that combines both the mobility of people and their lives, anchored in the development of the socio-economic dynamics of the area. Strengthening the territory, developing the territorial connection, is to sow the seeds for the growth of a community on a human scale. 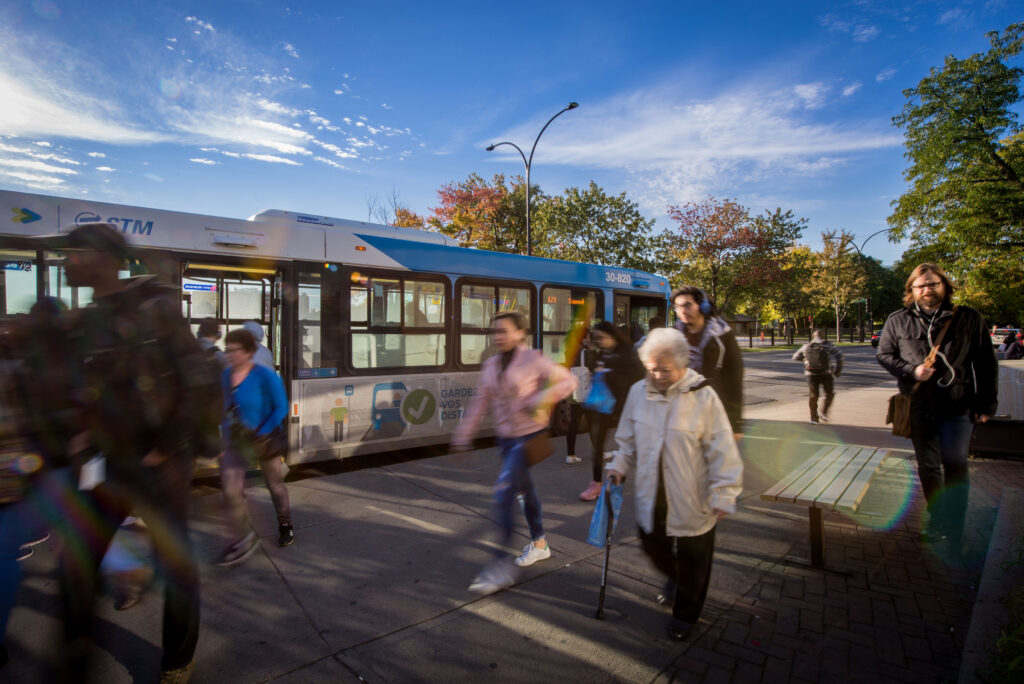 The concerted vision proposed by the District Central community seeks to offer both residents and workers who regularly frequent the area, a dynamic and welcoming environment. To live, work or consume there is to contribute to the creation and sustainability of a dynamic community.

The three train stations, two metro stations and the District Central’s nearby REM station are the soil in which the future of the area will flourish. By going beyond active mobility considerations and integrating comoprehensive planning, this project could ultimately ensure sustainable community development. The urbanistic substratum of a TOD area is also, if not foremost, to ensure the development of a neighborhood on a human scale.

A major challenge facing our cities is this development. Admittedly, the competition is fierce. Turnkey real estate development projects in the suburbs of metropolises weigh heavily in the balance. On the other hand, cities such as Montreal have a major advantage by relying on the development potential of their neighbourhoods, particularly their existing or developing infrastructure and facilities.

In this regard, by relying on its present and future assets, the District Central is counting on these strengths to energize both its community life and the effervescence acquired by its economic players. By putting forward development hubs that are integrated with each other in a rationale of territorial connection, this will allow it to continue to make Montreal a North American metropolis for the 21st century, to use the words of Calthorpe (1993). An urban planning vision that is rooted in a community, economic and ecological vision. These three elements are inseparable from each other. The mobility of workers, citizens and merchants flourishes thanks to urban infrastructures and facilities. The District Central has, in the SDC’s vision, the key elements to accomplish these objectives. 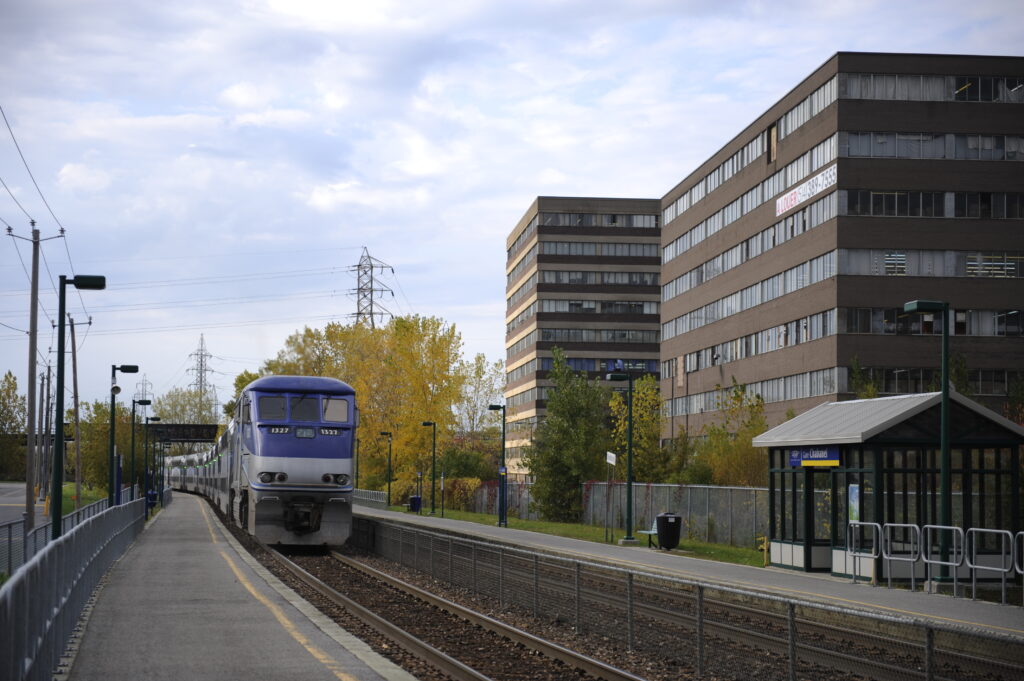 To revitalize and develop a business and living district is to create an urban village. A major city’s entry into the future of the 21st century depends first on the territorial interconnection of many of these hubs, urban villages. Specifically, village squares, like those developed in Europe since the Middle Ages; market places, cultural exchange places and community life places.

In the end, it’s a matter of developing, and creating, living spaces that meet the requirements of interconnections and exchanges of all kinds. In short, the District Central is looking to become that place by relying on its assets. 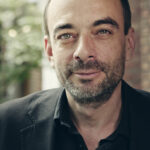 Ianik Marcil is an independent economist specializing in regional economic development, technological innovations, economic justice and the economics of culture. Author of hundreds of studies and analyses over the past twenty-five years, he has worked with government departments, public agencies, private companies and community organizations. Regularly solicited by the media, he is also the author of several books, a columnist and a speaker.

–This article was published by Routes et Transports. To consult it >>