The District Central before

a major textile district, later known as the Fashion City, the territoryof the District Central [bound by Sauvé and Berri and highways 15 and 40] waspredominantly fields. From the arrival of the first settlers on the Island of Montreal(17th century) – with the evangelization of Aboriginals by the religious followers of theOrder of Saint-Sulpice – until the beginning of the 20th century, the area was used forfarming, with cultivation of cereals, mainly, wheat as its main production.

A glance at the past

Into the world of streetcars

The portrait changed drastically with the advent of the industrial era. Urbanization wasin full swing and the territory covered by the current DC was no exception to the trend.Many industries of interest settled in the area and contributed to Montreal’s economicgrowth. Les Ateliers Youville was one of these key players. Built in 1907 betweenCrémazie Boulevard and Louvain Street, they maintained the fleet of the streetcarcompany (the forerunner of the STM). At the peak of its activities, some 300 peopleworked within these walls. During the golden age of this mode of transportation (the1920s), more than 900 of these vehicles circulated throughout Montreal, transportingmore 200 million passengers each year. 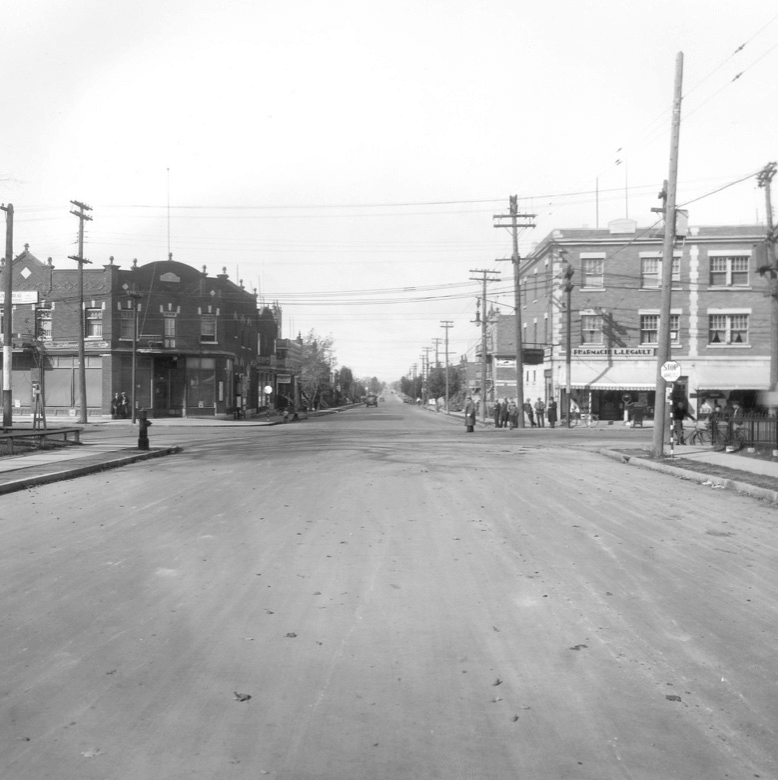 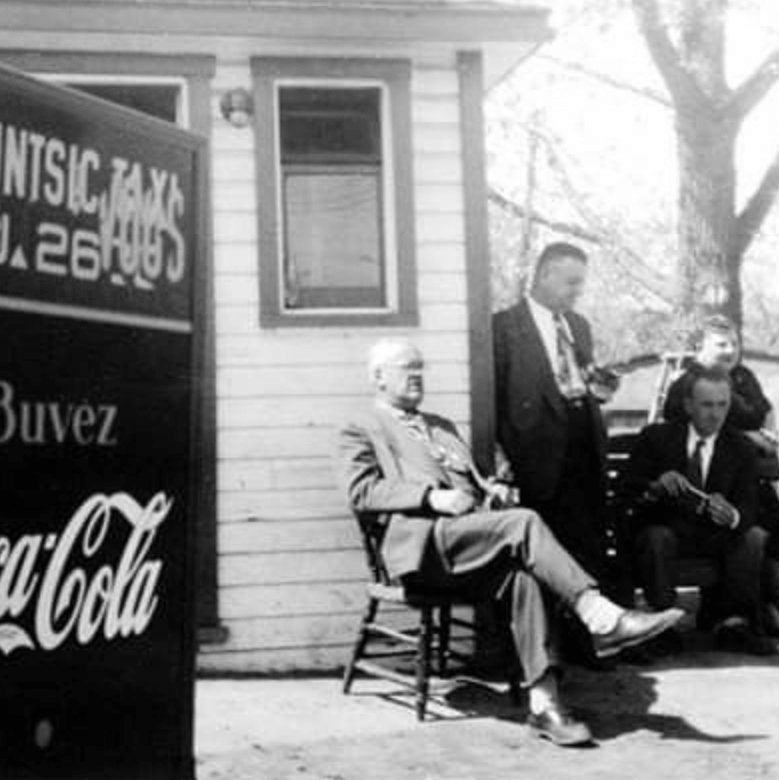 TAXI STATION
IN THE CENTRAL DISTRICT 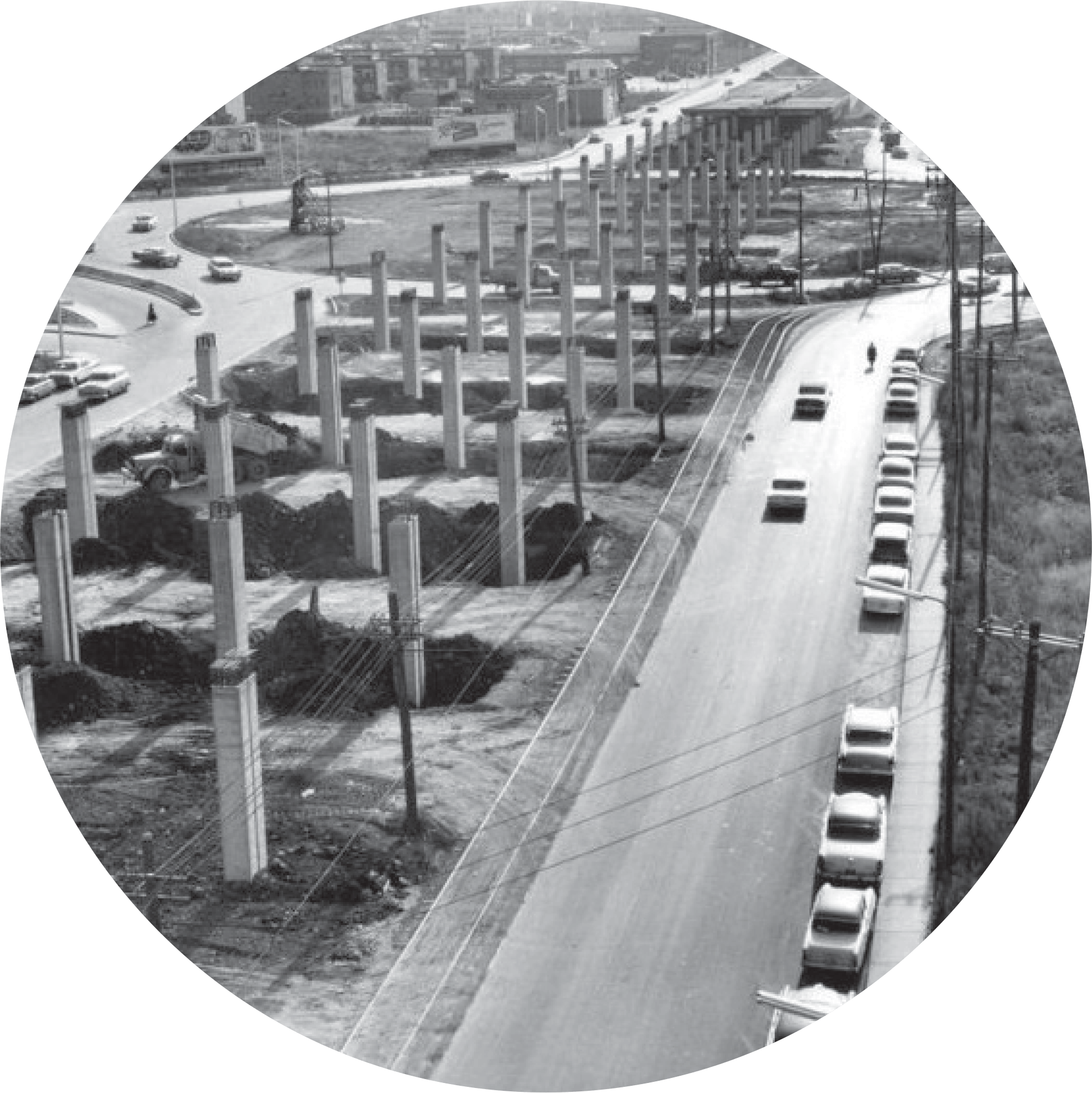 Its purpose changed with the outbreak of World War I. Workshops were demolishedand converted to make shells. They underwent a new transformation much later on, in1963, returning to its original mission – this time for the maintenance of STM (Sociétéde transport de Montréal) metro cars.

Another business saw its fate linked to the war effort: Montreal Works. It appeared notfar from Chabanel Street, in 1942. It manufactured cartridges for the Steen machineguns, for British soldiers on the battlefields of World War II. Until 1945, close to 9,000workers were employed, also manufacturing ammunition for a factory in Verdun. Thisfine example of the military industrial heritage would disappear from the landscape in2016. 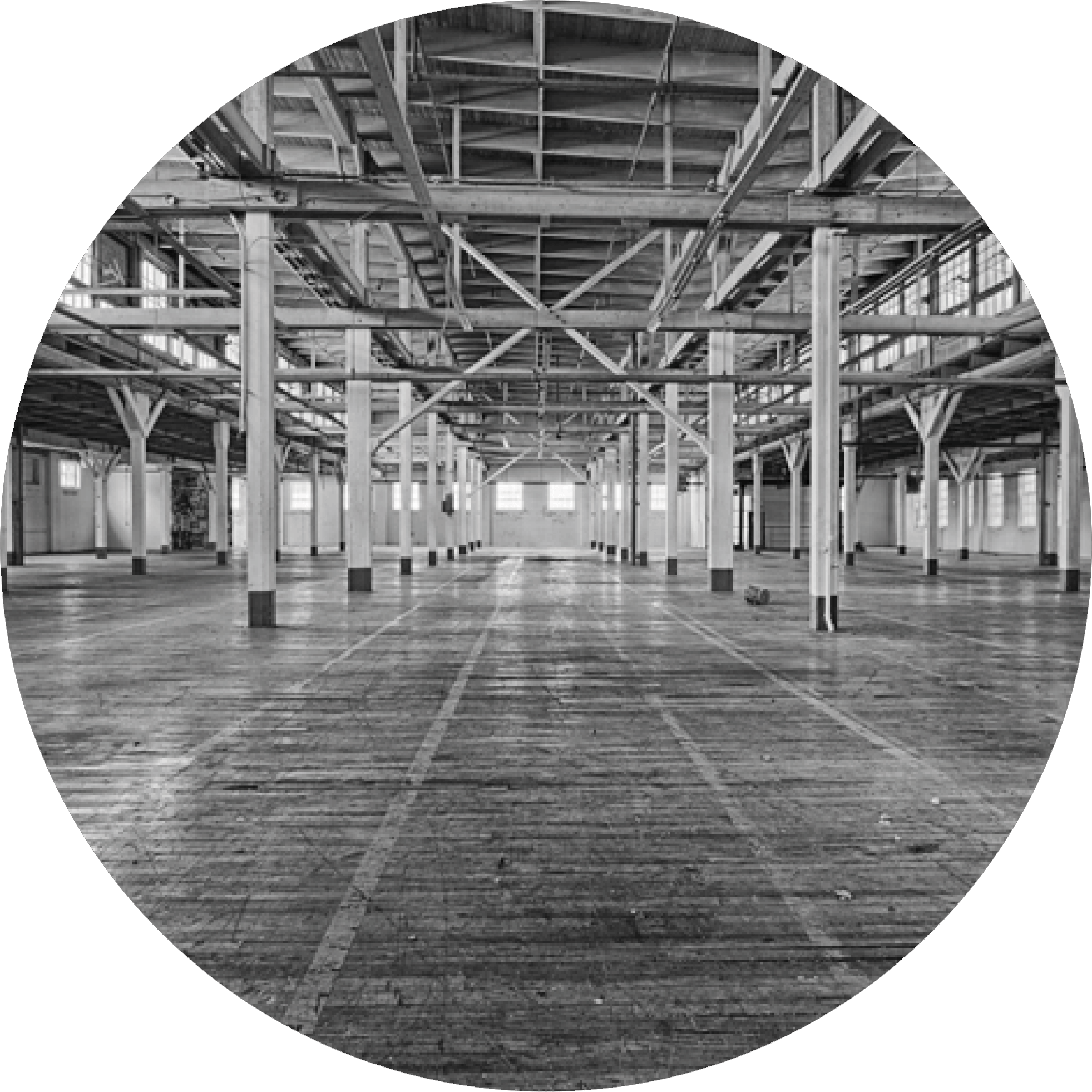 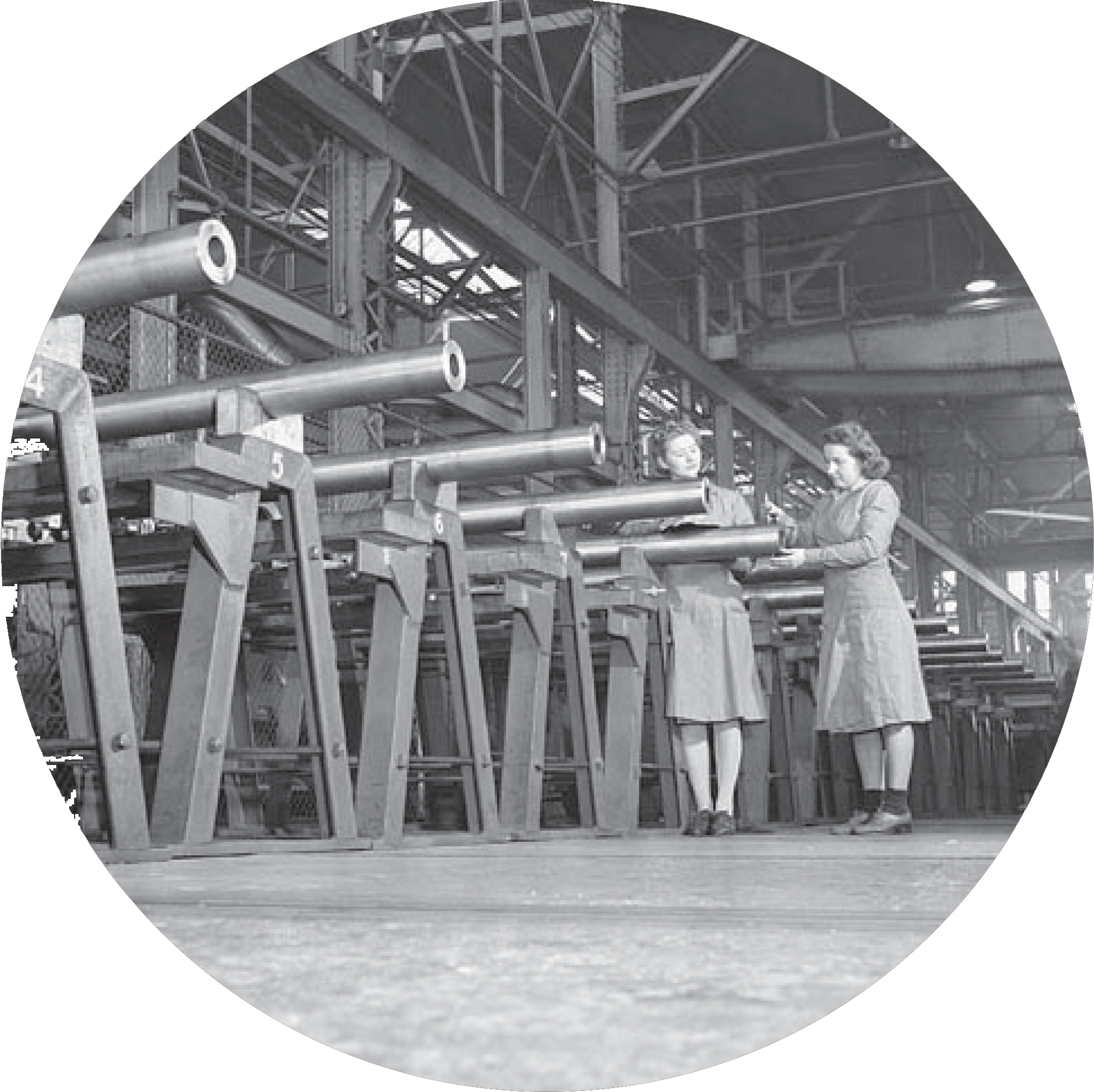 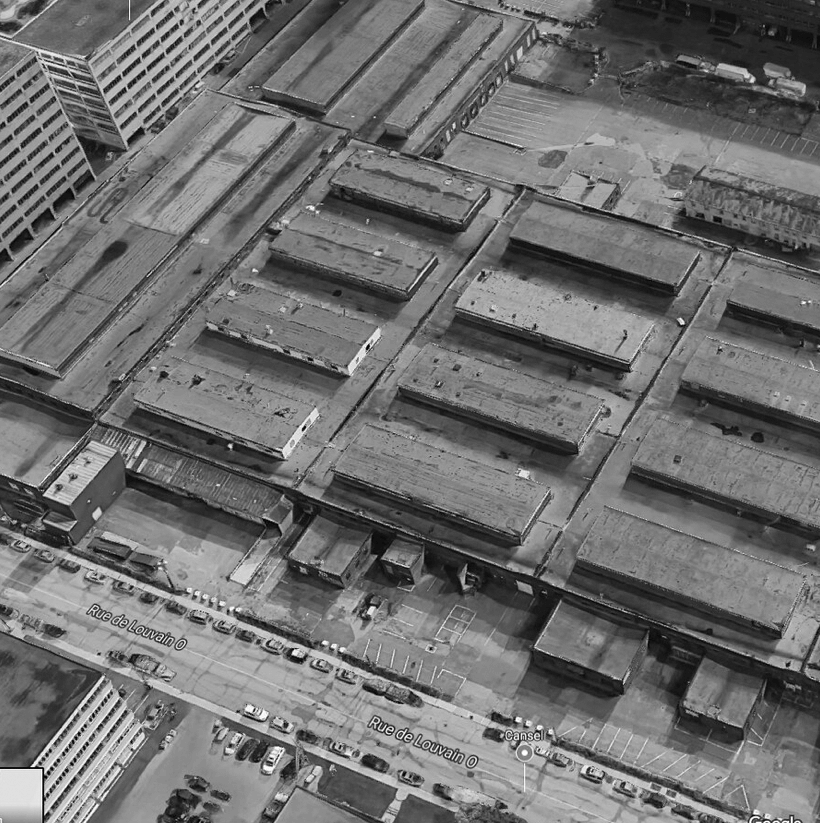 The epicentre of fashion

During the 1950s and 1960s, a real shift was initiated. The sector became the hot spotfor market gardeners who had left the Bonsecours Market, in Old Montreal, which hadbecome too small for their operations. They planted their fruits and vegetables in whatwould become a major commercial centre in Canada: Marché Central. Located at theintersection of highways 15 and 40, this colossus, home to a wide range of businesses,is reminiscent of the area’s deep-rooted history in agriculture.

The textile industry also planted roots in the District Central, after the Lachine Canal inthe 1850s, and then the Hochelaga district. For 20 years, this sector experiencedtremendous growth. Between the emblematic Chabanel Street and Saint-LaurentBoulevard, there was no shortage of work. Manufactures were running at full speed,helping to change the size and image of the area. This industrial district was oftenreferred to as the Fashion City and was previously known for trade, contributed to theinfluence of this city with 100 bell towers. In 1982, the textile sector accounted for30% of direct manufacturing jobs in the metropolis.

Things got worse in the 90s with the opening of international markets, especiallyChina. This new competition hit the neighbourhood hard and the area was in decline.It wasn’t until the 2000s that the district started to regain its sizzle, driven in particularby public authorities, private partners and real estate owners who joined forces toinitiate a revival that the Société de développement commercial (SDC) has been a partof since 2016. For the first time in the district’s history, there is a neutral andstructured body working to revitalize the neighbourhood.

Now on a new path, this area of some 1,800 businesses has started to write a newpage in its rich history. While textiles still have a role to play, new technologies, designand urban manufacturing are breathing new life into this once attractiveneighbourhood. Its many vacant premises, the quality and robustness of itsinfrastructure, its affordable rents and easy access to public transit and highways arejust a few of its many assets. And, it intends to fully take advantage of the opportunityto generate new buzz about it.