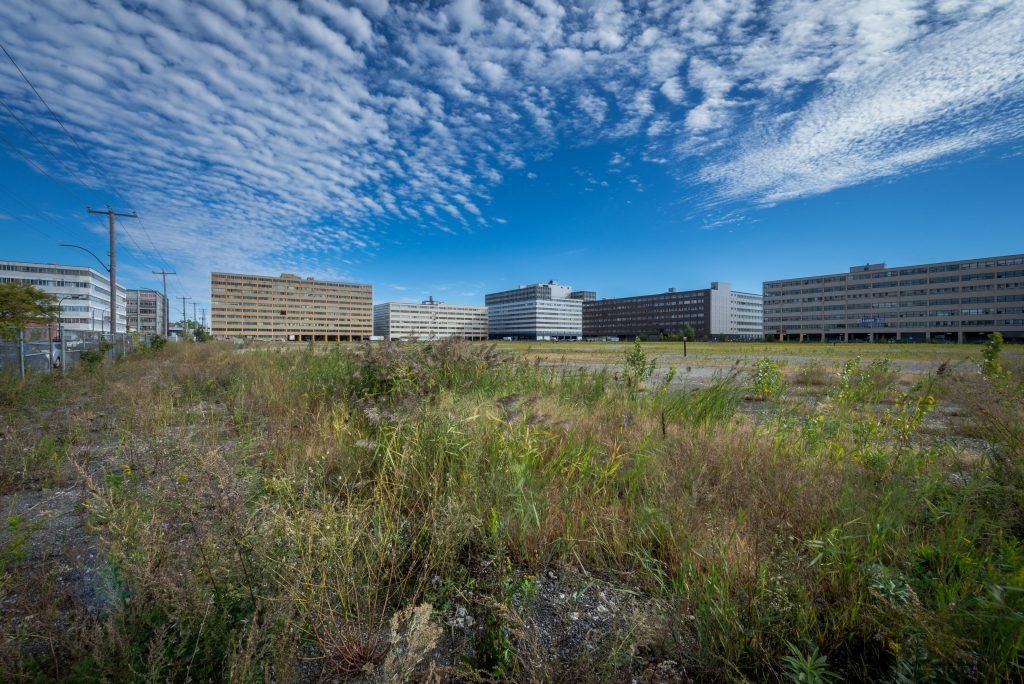 At the Ahuntsic-Cartierville borough council meeting on April 8, 2019, the Société de développement commercial (SDC) District Central tabled a memoir prepared by its Urban Planning Committee outlining the position of the District Central’s business community on the multi-service municipal yard planned by the Ville de Montréal and the borough of Ahuntsic-Cartierville on the vacant lot at 50-150 Louvain Ouest.

In May 2018, the SDC District Central created the Urban Planning Committee made up of business people, residents and local property owners to discuss the future of this lot covering more than 650,000 square feet, located in the heart of the business district.

The position of the District Central’s business community is unanimous: the establishment of municipal yard activities on the lot at 50-150 Louvain Ouest, is undesirable. However, given the Ville de Montréal’s intention of moving forward with the building of a multi-service municipal yard, the SDC District Central’s Urban Planning Committee recommends that it be integrated into a group of mixed-use establishment that are both structuring and promising of a bright future for the District Central’s business community. In order to further their reflection, committee members took the time to explore and build on similar projects completed elsewhere in the world.

Two essential conditions were retained: municipal yard activities must be covered to avoid noise pollution and aesthetic nuisances. The site must also be optimized to promote a variety of uses and quality green spaces for the community. Additionally, the committee formulated six recommendations: to develop a project that is integrated into the community, to seize the economic and social potential of the lot, to focus on mixed uses, to build a sustainable building, to promote architectural quality, and to ensure active mobility.

“Dialogue is essential in this file”, stresses Hélène Veilleux, Executive Director of the SDC District Central. “Discussions at committee meetings established a good dialogue among the business community, the borough and the Ville de Montréal by allowing better mutual understanding. I would also like to acknowledge the committee’s work and the seriousness of its interventions that led to the confirmation of the withdrawal of this lot from Montréal’s regular municipal yard program, which is an important first step”, she says.

For this reason, a first meeting to present this brief before its official filing was held on April 4, 2019, between certain members of the SDC District Central’s Urban Planning Committee, the Ville de Montréal and the borough of Ahuntsic-Cartierville. Stakeholders welcomed the Committee’s work, even suggesting a willingness to collaborate.

Keep in mind that a new and innovative form of governance directly involving citizens and local business is emerging in the development of an important project at the Louvain Est site, a few kilometers from 50-150 Louvain Ouest. It is, therefore, foreseeable that a similar participative approach be implemented for the future development of the lot at the centre of the district, as recommended in the brief of the District Central’s business community.

In 2013, the Ville de Montréal acquired the 650,000 sq. ft. lot at 50-150 Louvain Ouest to build a multi-service municipal yard and office space that could accommodate the borough hall and close to 650 municipal employees. The land, which remains vacant, is located at the corner of rue Louvain Ouest and Avenue de l’Esplanade.

About the SDC District Central

The Société de développement commercial (SDC) District Central is the catalyst and the voice for the Ahuntsic-Cartierville business world. It represents the combined forces of 1,800 business leaders united to develop a sector with outstanding economic, urban and human potential. The District Central covers a three square kilometer quadrilateral from Saint-Laurent Boulevard to Highway 15, and Highway 40 to Sauvé Street. This once industrial area is experiencing its rebirth as a business district where more than 25,000 workers access it on a daily basis, and has the potential to accommodate up to 40,000 workers. 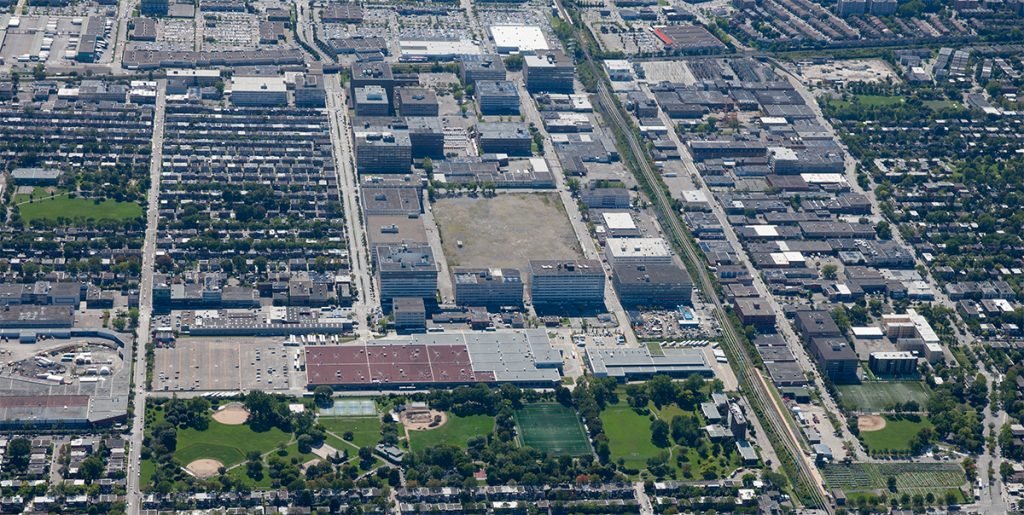