STM announced yesterday that the public transport service will be improved in many areas in Montreal.

Concerning the District central area, here’s what the STM announced :

The STM will improve service in this area in order to facilitate access to jobs and shops and make the Chabanel sector more attractive for businesses and residential and commercial construction projects. The upcoming changes will simplify trips to this part of Montréal. They include a modified 54 – Charland/Chabanel line, which will become the main access route to the Chabanel sector. Lines 19 – Chabanel/Marché Central and 53 – Boulevard Saint-Laurent will be merged and become the 19 – Chabanel/Marché Central line, providing expanded service to the Marché Central shops, including weekends. In September 2017, the 55 Saint-Laurent line was extended to the Henri-Bourassa station.

Are also planned the following changes : 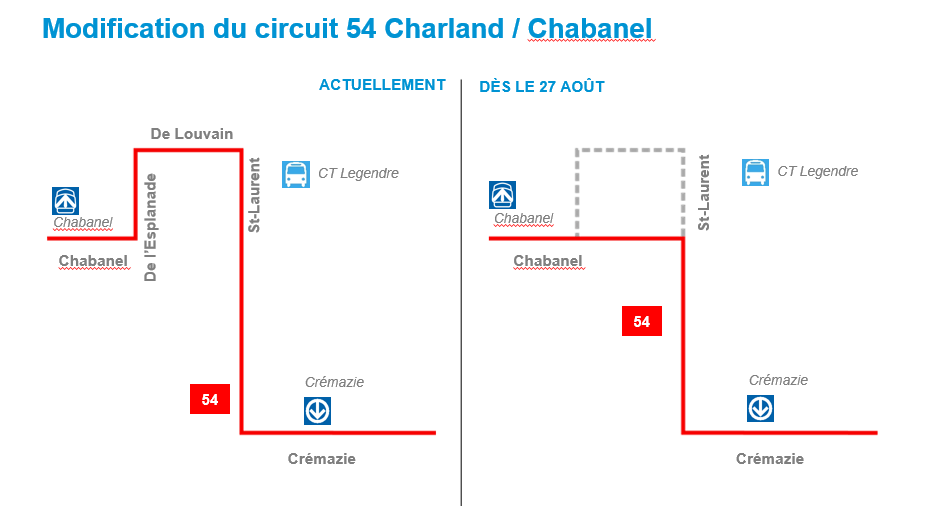 Here’s the link to the STM press release : http://www.stm.info/en/press/press-releases/2018/stm-announces-improved-bus-service-for-next-fall-in-several-sectors-of-montreal