Resting in the hands of the Ville de Montréal, the future of the vacant lot in the Chabanel sector of the District Central is stirring up strong feelings among local businesspeople and the citizens who live there. The concerns are many, and the ideas are ambitious and abounding in this project that is both complex and promising. 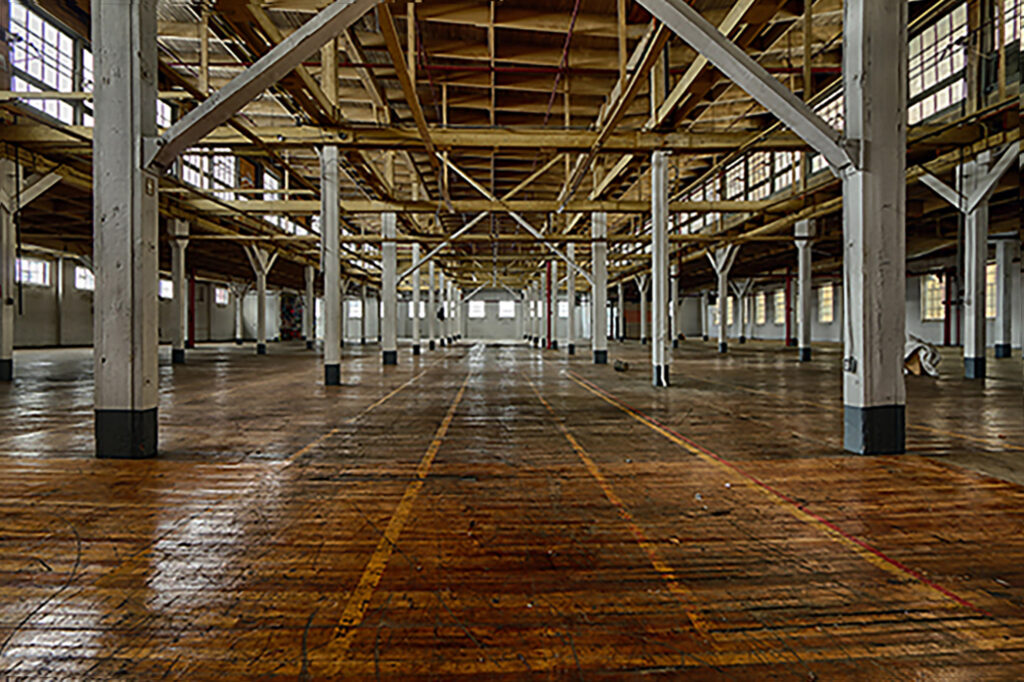 Located between rue de Louvain, rue Chabanel, boulevard St-Laurent and avenue de l’Esplanade, this 650,000-square-foot lot is steeped in history. Its real estate history dates back to World War II when, in 1943, the Defence Industries Limited Montreal Works munitions factory was built on this site. The end of the war led to the conversion of its interior spaces in 1946. As the years went by, the sector continued to expand and played an active role in the city’s economy. In 2013, the Ville de Montréal acquired this land and the factory on it. The City was intent on transforming the entire site into a municipal yard. A fire had damaged the back of the building and an extension was demolished. The Executive Council decided that the building was dilapidated. Despite strong opposition from organizations including Héritage Montréal, the Ville nonetheless decided to grant a destruction permit on March 9, 2016.

For the Société de développement commercial (SDC) District Central, it was necessary to demonstrate the economic, social, and resilient potential of the sector.  It was important to highlight that a real entrepreneurial effervescence was unfolding behind the sometimes-barren façades of its buildings.

“This land, which has aroused interest for several years, plays a determining role in the requalification of this area from an industrial sector to a business district,” says Hélène Veilleux, Executive Director of the SDC. 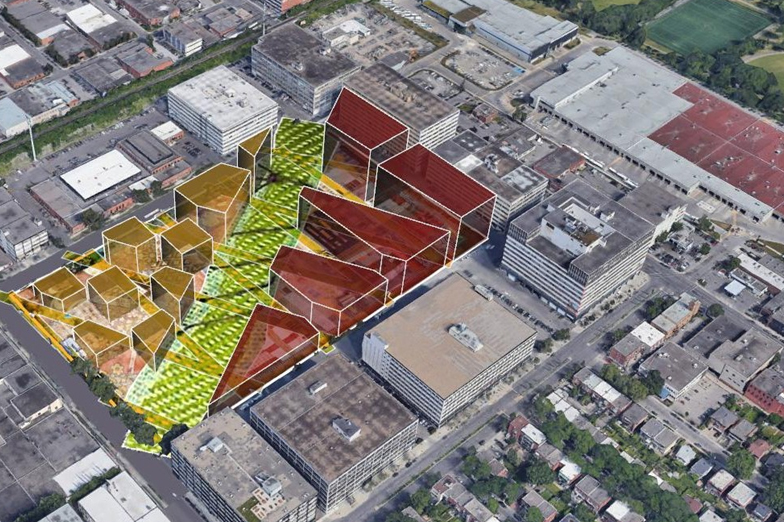 At the beginning of 2018 – during community workshops let by the SDC – the future of the strategically positioned vacant lot emerged as a priority. Everyone expressed their worries and concerns. “At the end of the consultations, it was obvious that the SDC had to act”, noted Hélène Veilleux. It was then that an Urban Planning Committee, made up of corporate professionals, all members of the SDC, was created. Its initial mandate was to write a brief. Their work and the seriousness of their approach bore fruit and led to the withdrawal of the lot from Montreal’s municipal yard program. It was the beginning of a great mobilization.

The SDC has worked closely with the members of its Urban Planning Committee ever since and organised a design charrette in the spring of 2021. “Architects, urban planners, and designers volunteered to develop a vision for this land, in addition to designing and illustrating the ideas of the community. It’s just amazing.” said Hélène Veilleux. Businesses, workers, property owners and residents were also invited to the table. Ideas took shape over continued exchanges: 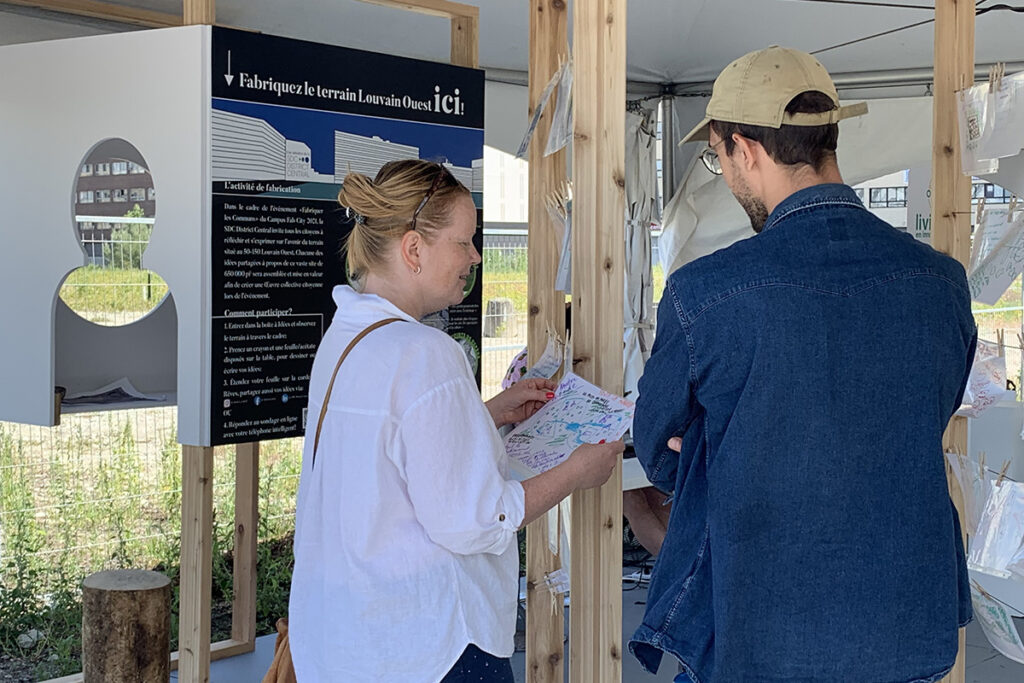 “The positive energy and the mobilization of experts from various disciplines that came together, I am sure, made a difference in the results we achieved,” said Martine Peyton, President of Éléments Planification Urbaine, a firm assisting the SDC in its work since the very beginning.

Very specific themes came about: “(…), green grid, human scale, territorial identity, ambiance, mixed uses, density, urban form, monumentality, paths and connections. Over two half-day meetings, the community exchanged and consulted,” she added. In addition to the conclusions brought forth, the needs of the community were collected:  about fifty residents submitted their ideas during a consultation led by the SDC as part of Campus Fab City, an event that took place on the vacant lot a few weeks later.

The ideas that emerged from the charrette were significant and sometimes even unexpected. Among the many proposals were adding a water element, serving as a reminder of Montreal’s underground rivers; the enhancement of the site’s identity through the creation of a square or memorial honouring working women; the urban art of local artists; the addition of significant green spaces; winter trails; glazed and luminous buildings; a recreational area; interactive, gastronomic, historical, and cultural trails, and the establishment of intergenerational agriculture. “Accessibility remains a key element,” claimed Martine Peyton. This involves facilitating travel within the site itself as well as connecting it to other areas by creating walkways, for example, which would allow for easy access to Fleury Ouest, a commercial street, from rue de l’Esplanade. And why not extend Chabanel street eastward to reach the vast Henri-Julien Park and Sauvé metro by passing through the STM! 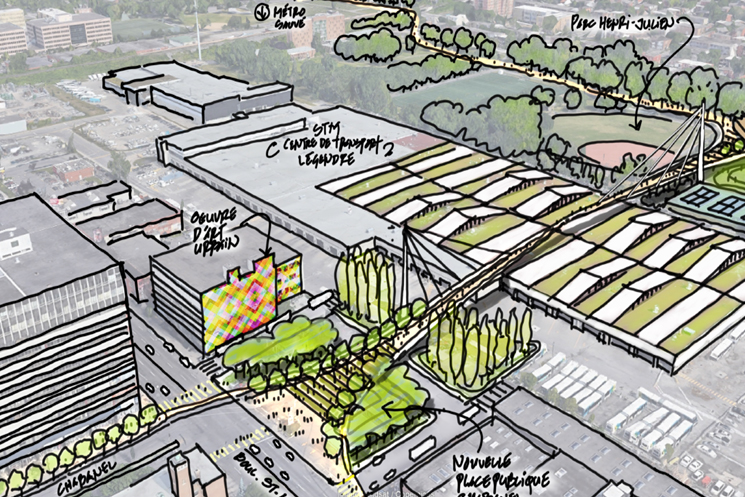 According to Jacqueline Saucier, Chair of the SDC’s Urban Planning Committee, “Businesspeople want to thrive in a neighborhood that reflects their image as innovative, sustainable, generous, committed and involved.”

With the future of the vacant lot at heart and the launch of the charrette, the District Central is slowly consolidating its environment, which encourages collaboration, resiliency, and inclusion. “We want to create a community with the experts involved in the charrette and pursue this great reflection and mobilization for the future of this land,” said Hélène Veilleux. 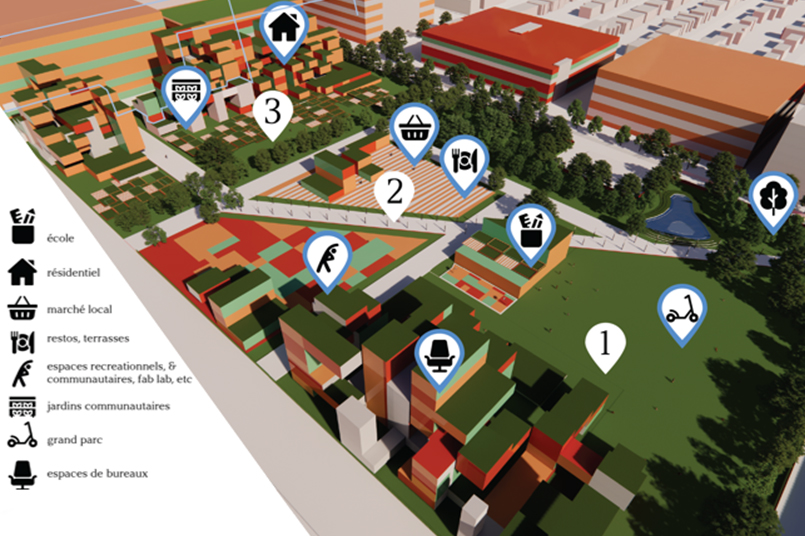 The District Central has its own unique character and will undoubtedly serve as an example for other industrial sectors that will undergo similar transformations. “Its strength is that it is founded on a community that is there for its neighbourhood, that knows the area well and recognizes the importance of keeping the area affordable,” remarked Jacqueline Saucier. With respect to the vacant lot, there is still much work to be done in terms of standards and regulations. Heights and densities should be increased, mixed-use encouraged, and sizes reduced to a human scale. “It is critical for the future of all affordable neighbourhoods, for the survival of the SME economy, for the quality of life in the city and for the environment, that all of the potential for this vacant lot emerges quickly,” concluded the Chair of the Urban Planning Committee. Whether for the SDC, businesspeople or citizens, the road to success remains collaboration and consultation built on collective intelligence.