a new world of business

The District Central is a unique ecosystem in Montréal, a vibrant area where start-ups, market leaders and cosmopolitan citizens thrive side by side. It's time you joined the movement and established yourself right here.

The district for audacious, creative, determined entrepreneurs is right here.

The District Central is home to the fourth largest concentration of employment in Montréal. Its main artery, Chabanel street, is at the heart of five sectors with distinct yet perfectly complementary ambiances. It's part of what makes the District a vibrant quarter where you can just as easily work as shop, eat, go out or entertain yourself. 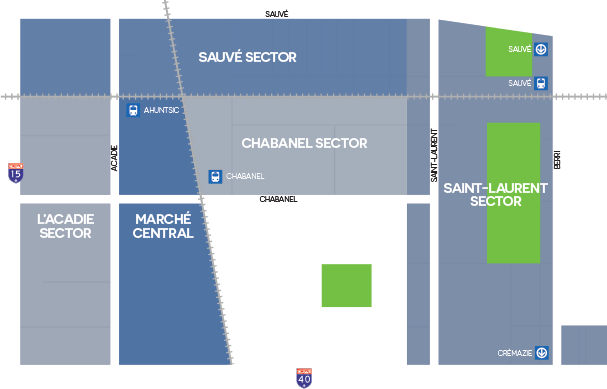 One district, many ways to get here

2 metro stations in the area (Crémazie and Sauvé)

The Eastern train and the Blainville/Saint-Jérôme train

Close to downtown, the Pierre Elliot Trudeau international airport and the North Shore