Active Mobility at the Heart of a United Vision

The implementation of an active mobility project in the District Central did not come about by chance. In recent years, a community of some 1,800 business leaders has been mobilizing around a huge mission: to breathe new life into this legendary quarter, make it shine on a broader stage and propel it to the very top of Montreal’s economic landscape. In order to succeed, the Société de développement commercial (SDC) District Central is relying on a joint action which quickly reveals mobility as an economic lever.

THE PROCESS – LISTEN TO THE COMMUNITY

Acting on a daily basis to represent the interests of its members, the SDC has committed to implementing a work method based on consultation and dialogue. That is why, since its creation, a number of workshops have been organized by the District Central for residents, workers, business leaders, property owners and elected officials from the area to hear their needs, challenges and issues. “We felt that listening to the priorities of our community members was the right thing to do. Making a diagnosis and accepting it, even if it isn’t a new one, was very important to our organization that serves this community,” says Hélène Veilleux, Executive Director of the SDC District Central. That is how mobility found its way into the SDC’s service offering and into its business plan: to offer support services to project leaders intent on improving accessibility and mobility. Once the series of workshops is completed, the next step will obviously be to continue the dialogue with community stakeholders. The Transportation Committee was created in order to make this possible.

With Quebec recording an average unemployment rate of 5.5% in 2018[1], it was hardly surprising to hear the District Central’s business community talk about labour shortages around the table. Many reasons explain why businesses have struggled to recruit and retain talent in recent years, but transportation and the accessibility of the District Central were quickly cited as major barriers to attracting employees to the area. In spite of two commuter trains, two metro stations and several bus routes, further work is needed to change perceptions about this emblematic Montreal neighbourhood. 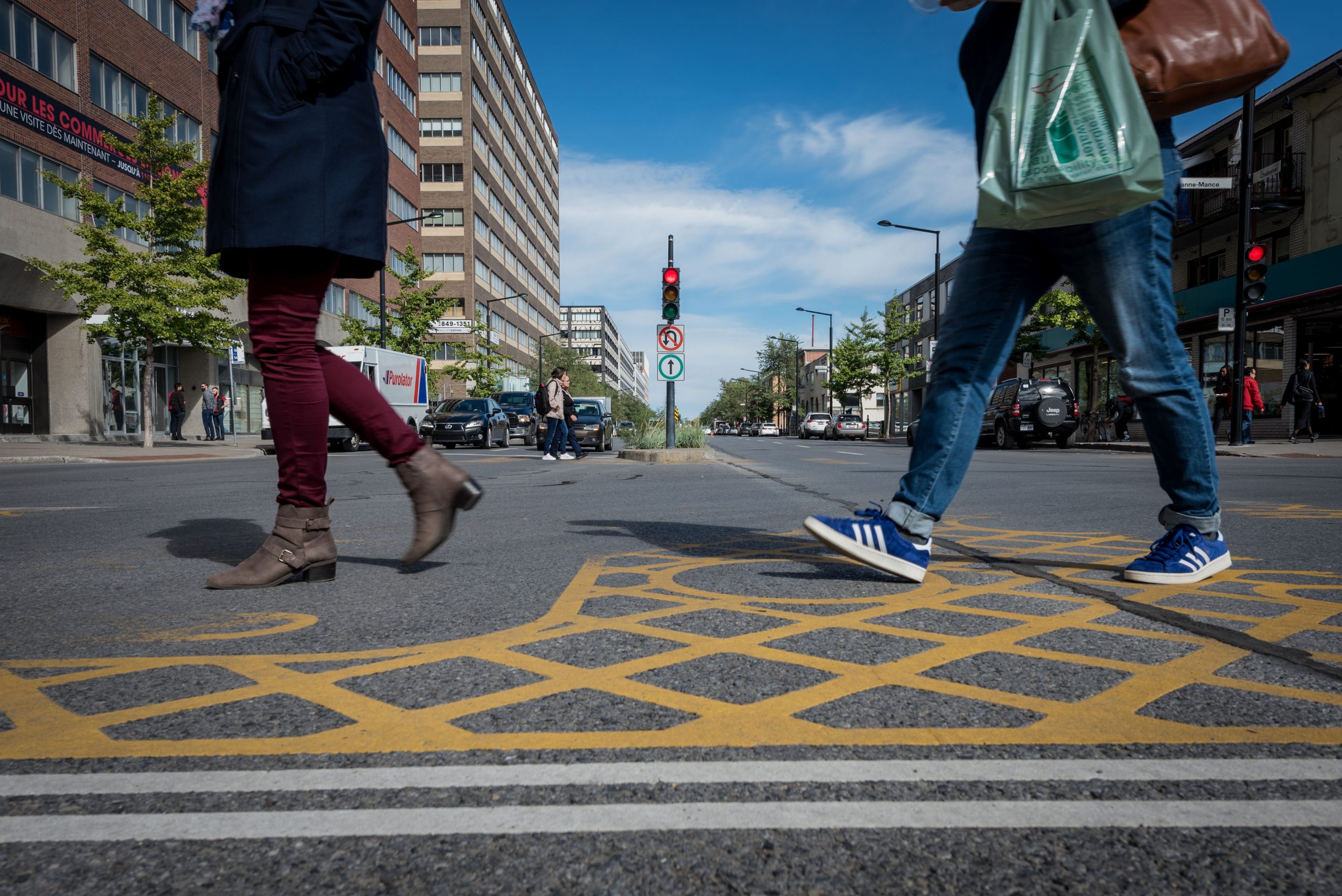 As Montreal’s 4th largest employment hub with 25,000 workers, the District Central still has a large number of square feet available with the potential to hold up to 40,000 workers, which is almost double. The territory’s potential is no longer in doubt for the SDC and its partners. A plan, a project was needed that would put mobility at the heart of the District Central’s development and be driven by the community.

FACTS: THE ESSENTIALS OF ACTION

Before targeting actions to be implemented, it was important to take a closer look at the situation. The findings (mobility challenges, and subsequently labour shortages) may have been clear but what were the sector’s strengths, weaknesses, opportunities or threats in terms of mobility? With the support of the Transportation Committee, the SDC mandated MOBA/Mobilité alternative, one of the seven commuter management centres in Quebec, to pilot a survey on the travel habits of workers in the area. At the same time, the Ahuntsic-Cartierville borough, which is also sensitive to mobility issues, conducted a study on parking and public and active transportation. Several major issues were brought to light such as the pedestrian experience to and within the District Central, the optimization of off-road parking and improving the offering of various shared transportation services.

As we continue to gather data on the territory as reflected by the study on off-street parking conducted in 2019 for the SDC’s Transportation Committee, many initiatives aimed at promoting active mobility has been launched. Thanks to the mobilization and collaboration of local stakeholders, these initiatives include an increase in bus frequency, the arrival of Bixis, and the organization of events to raise awareness among employers and workers about alternative means of transport other than the car. The Urban Planning Committee was also created and now coordinates the work carried out by members of the Transportation Committee.

At the same time, thanks to the expertise gathered, the SDC can be the voice of business people in major undertakings and can be increasingly involved in the reflections surrounding structured and innovative projects such as the development of a TOD (Transit Oriented Development) area around the Ahuntsic and Chabanel train stations and the realization of the borough’s Local Transportation Plan. A dialogue has truly begun between the District Central’s key players: employers, elected officials, the borough, and the Société de transport de Montréal. That is why the SDC believes that the time has come to implement, as early as the fall, a round table on mobility with the territory’s major clients to brainstorm together and create new sustainable mobility solutions for the District Central. On the agenda will certainly be the opportunity to become a part of the Réseau express métropolitain, with one of the stations located just a kilometre from the district’s boundaries. “Even if we have to wait months or even years before seeing the concrete results of our actions on the ground, there is no question that the District Central’s transformation is well on the way to success thanks to the individuals who are driving the initiative forward. A strong and united vision had been developed to build bridges between various members of the community in order to identify issues within the territory and specially to pick up emerging signals that will contribute to a healthy and meaningful revitalization for everyone,” concludes Ms. Veilleux.

This article was written by the SDC for the magazine of the Association québécoise des transports. “Routes et transports” published in the fall of 2020.